Having spent two weeks in the carnage that is urban India, a bit of peace and quiet was at this point looking like a pretty attractive option. The Himalayan regions to the north of the country offered a great antidote and, with Amar’s mum’s family coming from the area, we picked the Garhwal region in the state of Uttarakhand to get our fix. It was the perfect chance to relax in the mountains and discover some of our roots at the same time! 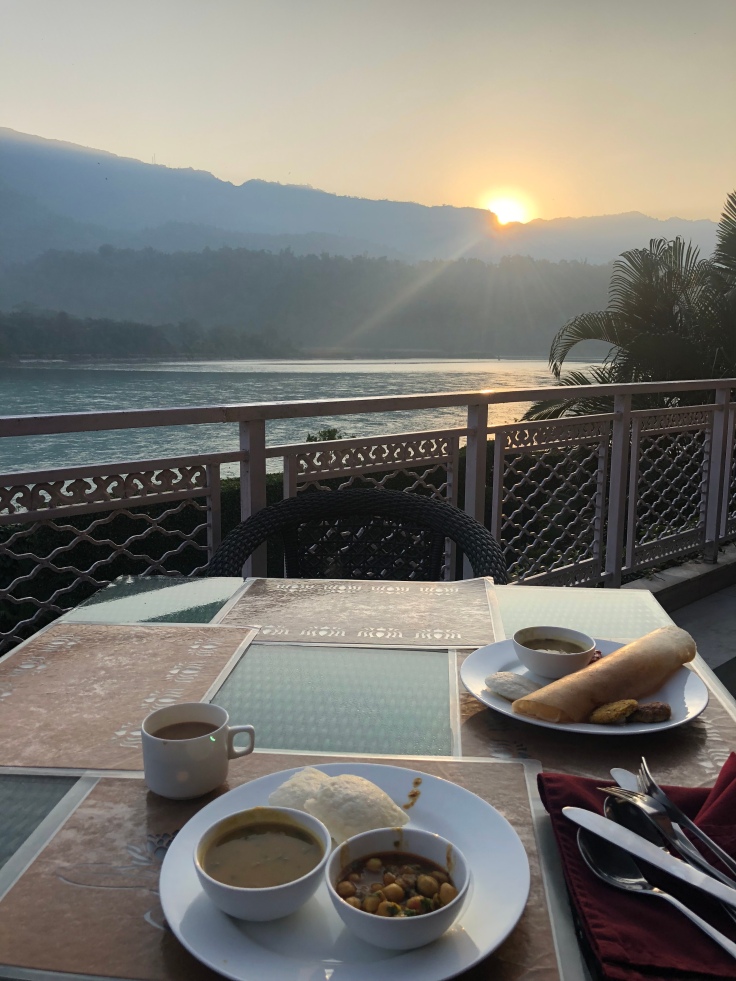 Hippie central! Rishikesh was put on the global map when the Beatles came to visit and wrote parts of the White Album here. Today it is one of the most spiritual places in India known especially for its yoga and meditation – yogis from around the world come here to master their art. We did a couple of sessions but as we aren’t particularly supple, focused more on the other tourist stuff.

Triveni Ghat – Nestled on the banks of the Ganges, Triveni Ghat hosts the most popular Aarti in Rishikesh. They really do put on a show before allowing you to wash your sins away with the water of the holy river. 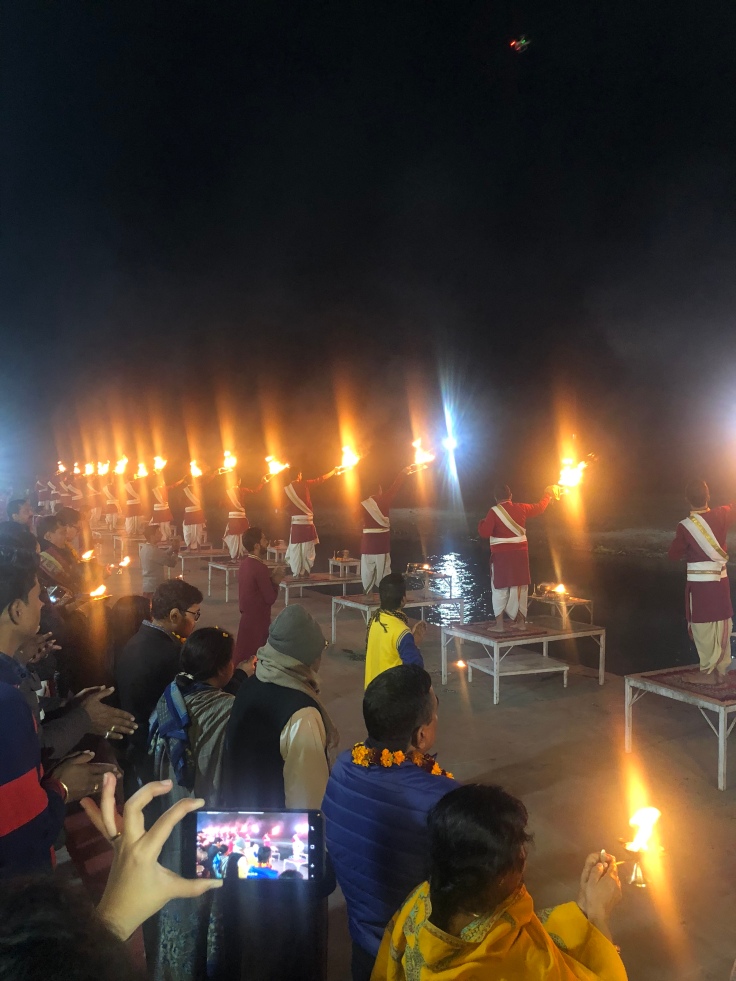 Laxman Jhula / Ram Jhula – the two famous bridges of Rishikesh offering spectacular views of the Ganges and the mountains that it flows through. Seeing the numerous Ghats on the banks with people taking their holy dip adds to the spiritual vibe of the place. Speaking of which… 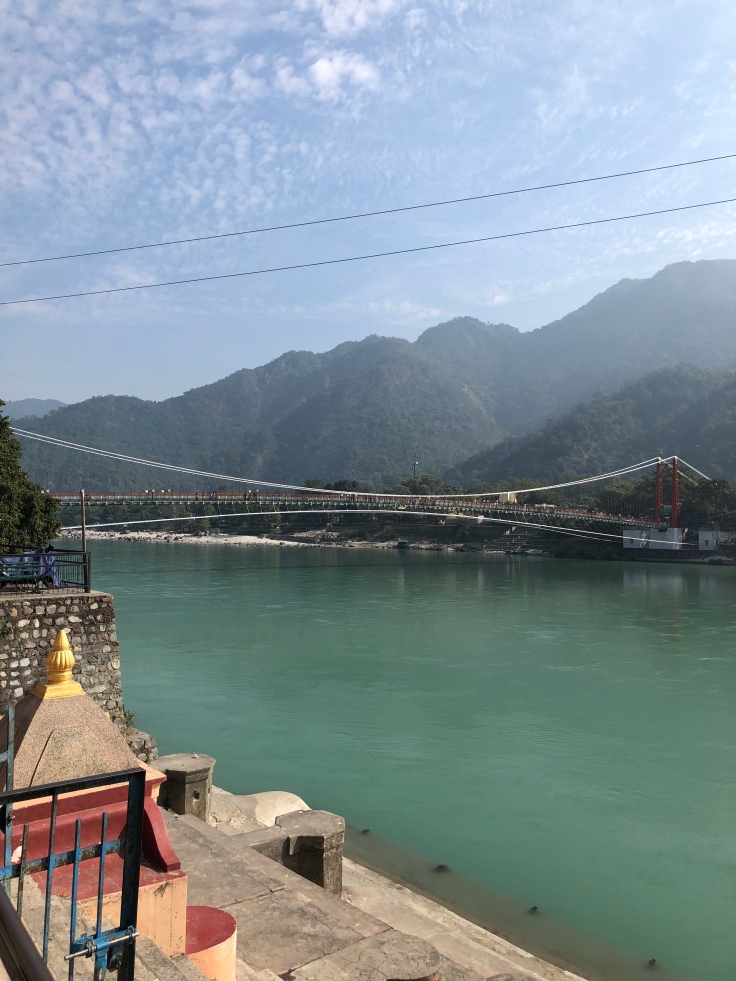 Take a dip in the Ganges – it’s meant to wash away all the sins of your past. I’m not sure there’s enough water in the river to take care of all the steak eating and alcohol drinking we have under our belts but we gave it a go. And oh my god it was COLD! 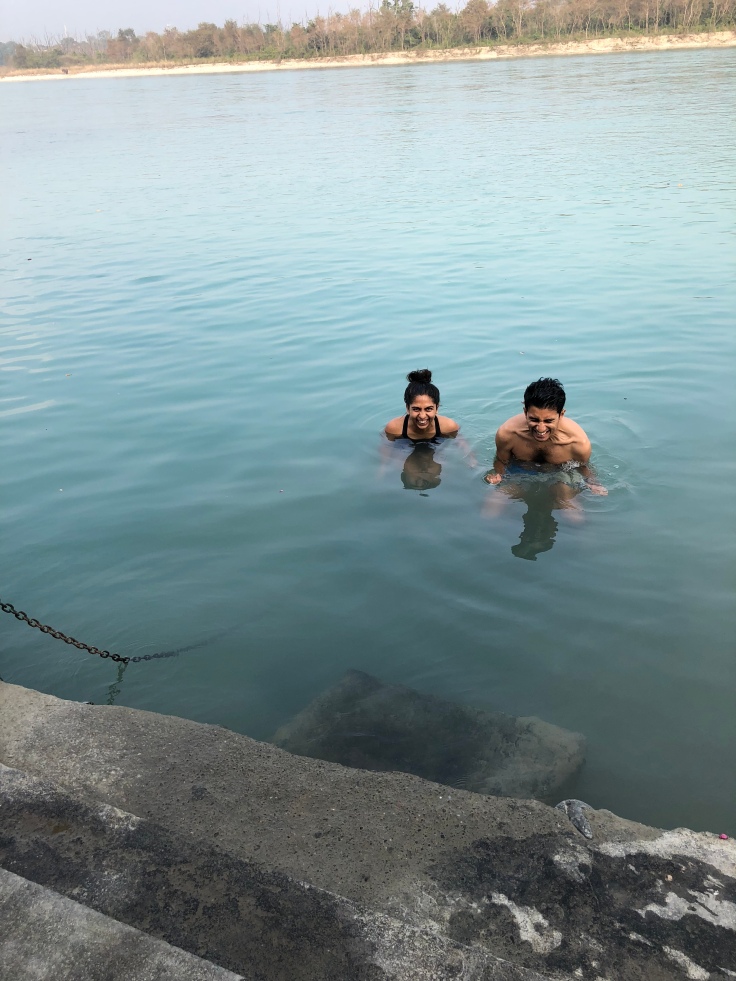 Yoga and meditation – It wouldn’t be a visit to Rishikesh unless we dabbled in the ancient Hindu arts. Critique on Shalini’s downward facing dog is more than welcome. 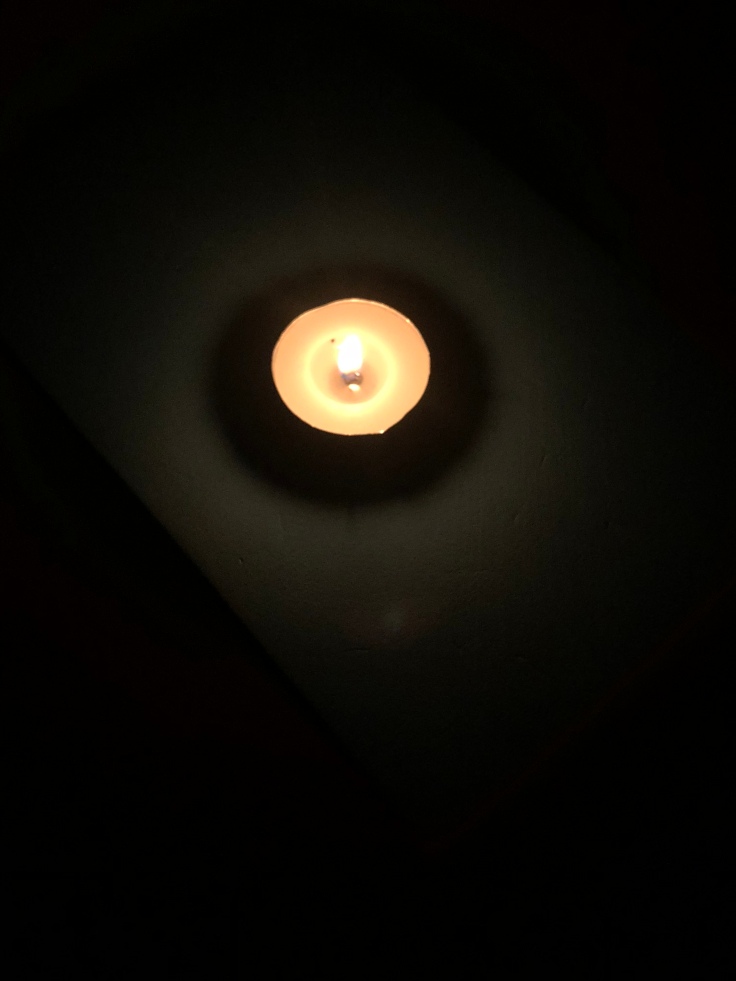 Attending a Satsang – led by world-famous spiritual guru Maharishikaa Preeti to question her on various life musings. It was a fascinating insight into the spiritual world where we learnt to ignore the “ego” and listen to the “truth” – wish us luck because we aren’t really sure the what that means! 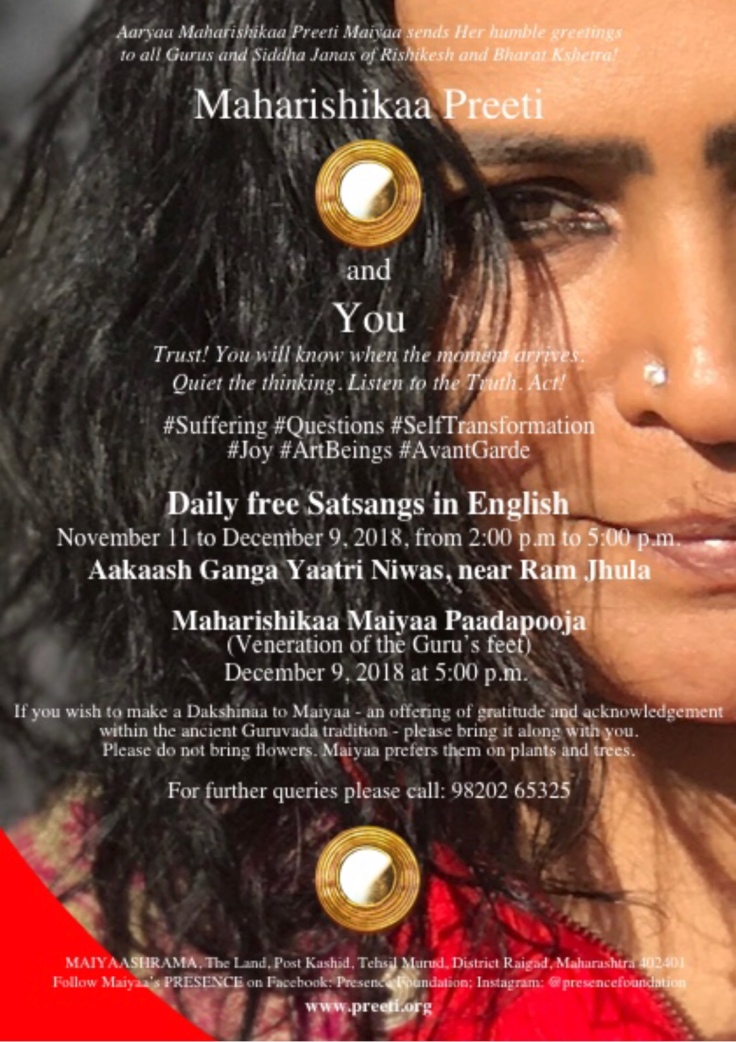 Beatles Ashram – As a big fan of the Beatles, Amar dragged Shalini to the old Ashram where the Beatles wrote a lot of their songs. Unfortunately it turned out to be a bit of a poorly maintained dump, especially for the price, and we couldn’t help feel they could have done more with the place. Some of the artwork and walking through the abandoned living quarters was very cool though. 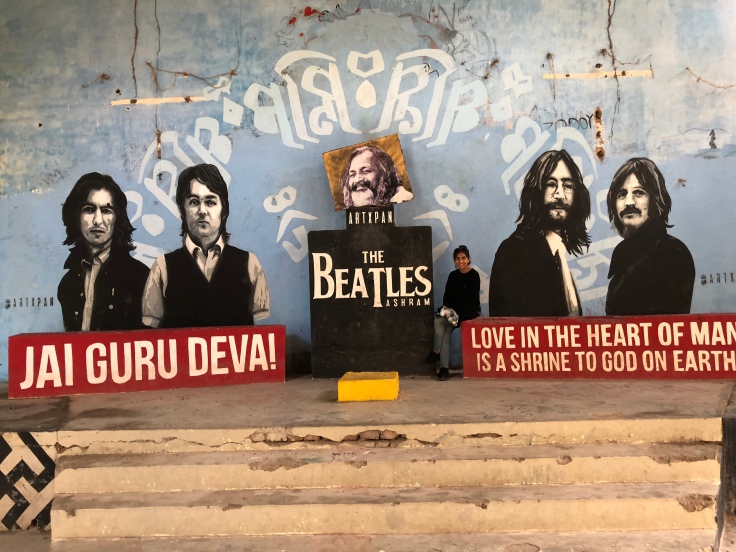 Rajaji National Park – You win some you lose some with safaris. A beautifully peaceful place especially at sunrise but when it comes to the animals themselves, we didn’t manage to catch the main prizes. No tigers, no leopards and not even an elephant! Probably best to visit this place during summer (the cold is monstrous in the morning!) or even better, take the 5 hour drive to Jim Corbett where the likelihood of a tiger sighting is supposed to be much higher. 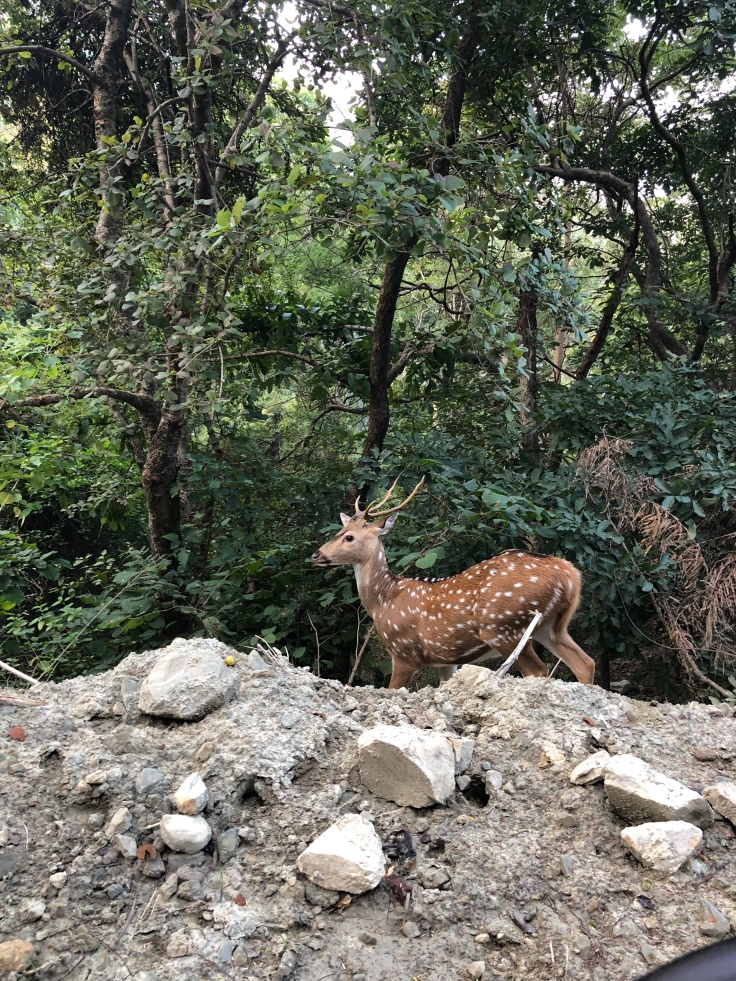 The largest city in the state of Uttarakhand and known as the Oxford of India. A quaint English town it is not but it is home to India’s brightest and brainiest (and perhaps most privileged) kids who are sent to Dehradun to receive the best education in the country. Aside from this, Dehradun was home to Amar’s maternal family in the early 60’s which made this a bit of a voyage of discovery! Aside from the emotional ties there’s plenty to do in this picturesque city on the foothills of the Himalayas.

Robbers Cave – The cave is named so because it is believed to have been the hideout for a band of decoits. Essentially though, it’s just a really cool cave formation. You have to hire some flip-flops to wade deep into it and once there it feels completely detached from the outside world. A great place!

Tapkeshwar Temple – You can get a bit “templed out” in India because there’s just so many but this was a welcome surprise and something a bit different. It houses a form of Lord Shiva (Shivalinga) deep in a cave which you have to crawl through to see. It’s also an absolute hotbed for wild snakes! Pictorial evidence is provided… 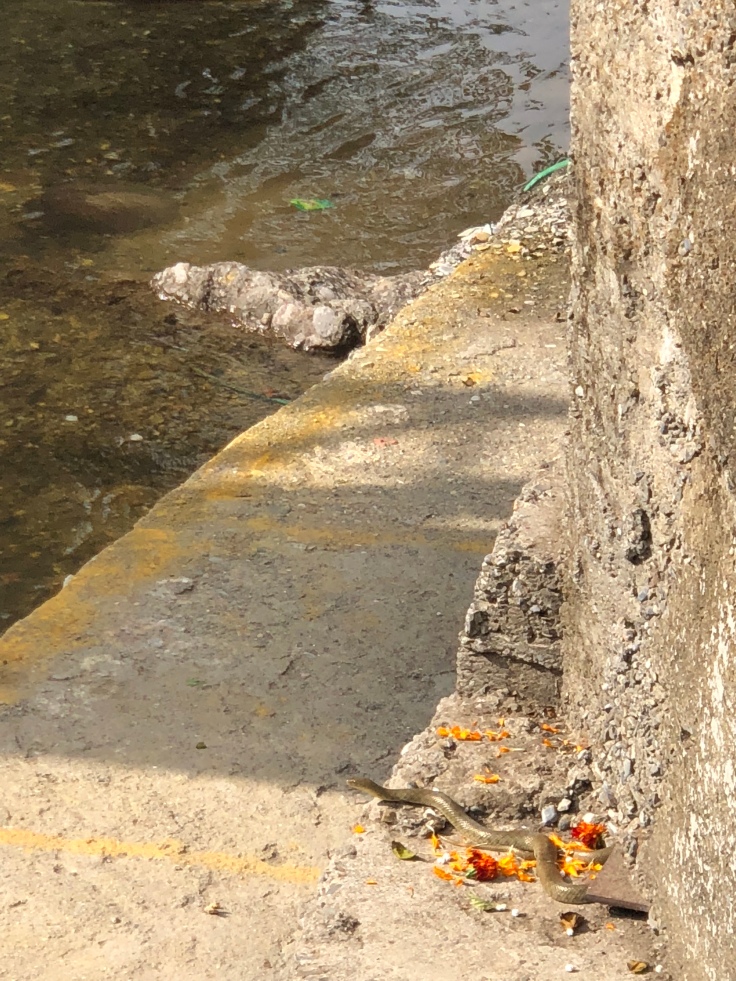 Sahasradhara – A picturesque hill station on the outskirts of Dehradun, Sahasradhara offers great views of the valley and a unique sulphur spring. 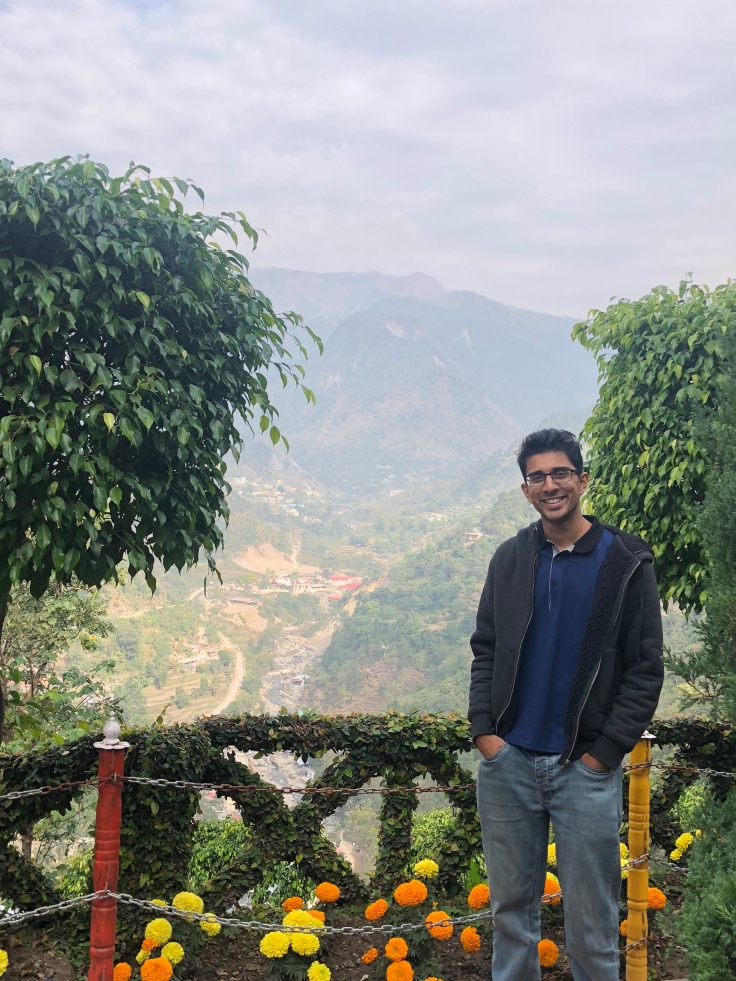 Aside from the big three attractions, we spent the day in Dehradun walking the streets (particularly Nashvilla Road where the family once lived) and visiting some long lost relatives who welcomed us as if we’d never lost touch! 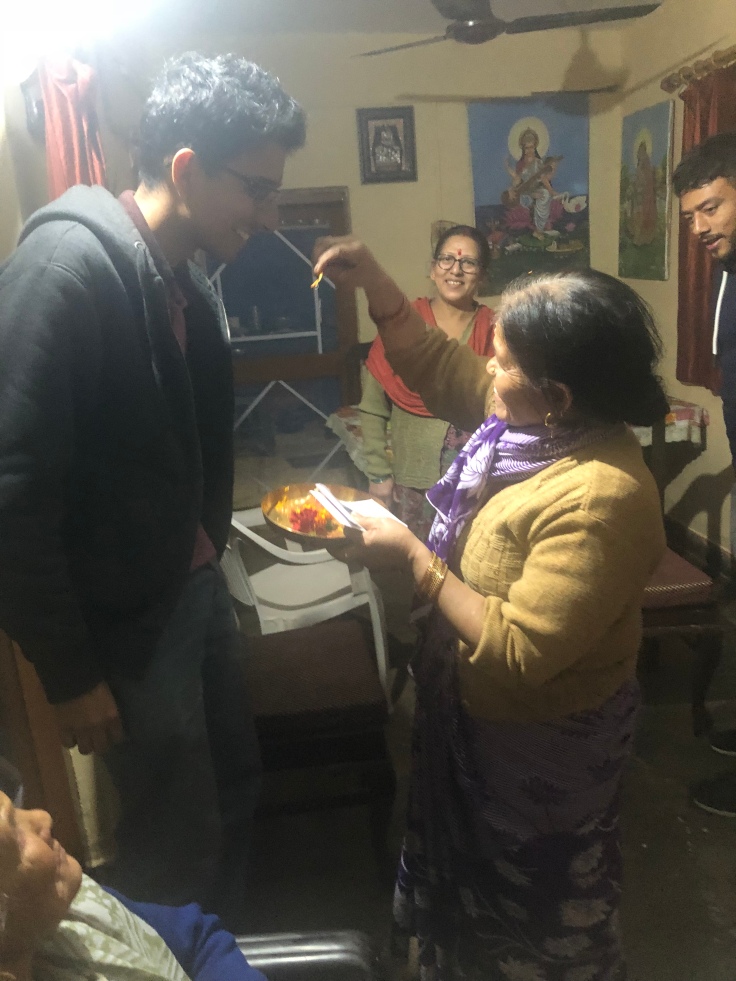 Just stunning. Mussoorie is known as the “Queen of the Hills” and is one of the jewels of the Garhwal area. At about 2000m we found that the beauty of the place was largely in the drives and walks through the mountains where the camera will get a good workout snapping all the scenery on offer. The tourist attractions were a disappointment to us as they felt a bit unnecessarily manufactured but who knows – perhaps I’m just getting old!

Camel Back Road – If there is one thing to do in Mussoorie it’s this 45 minute walk. The views are absolutely spectacular. The pictures will never do it justice but we gave it a good go. 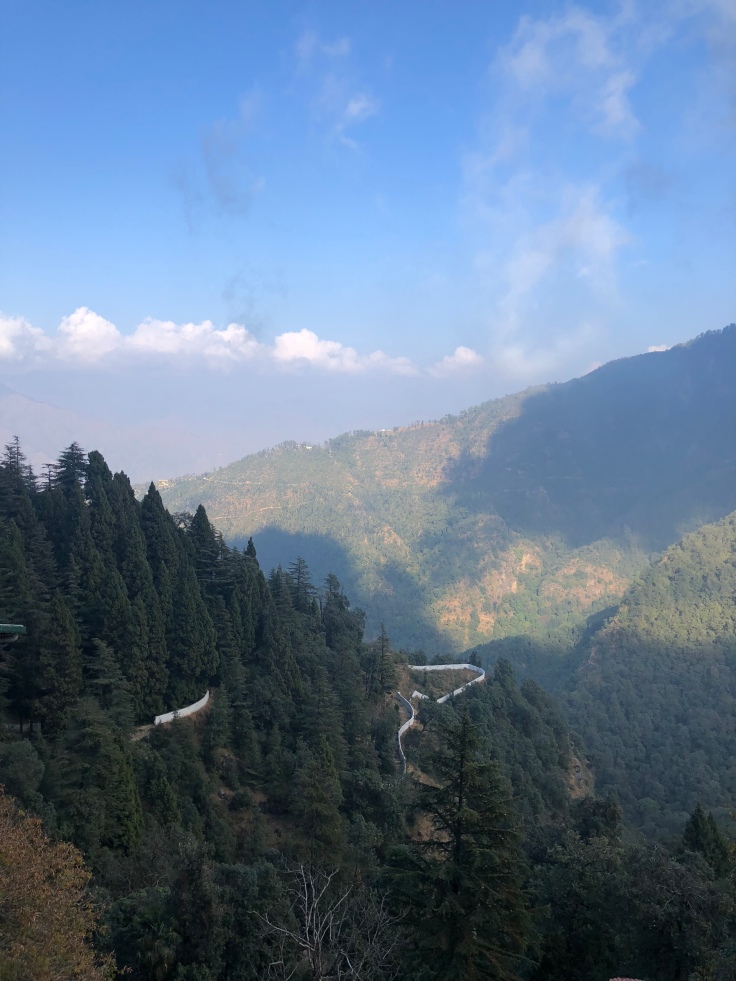 Kempty Falls – A fierce waterfall which looks great from afar and mighty close up. Also the scene of our first ever dose of Indian Maggi noodles – yum!

Gun Hill Point – The second highest point in Mussoorie (to Lal Tibba which unfortunately we weren’t able to get to) is allegedly home to some more great views but unfortunately the clouds meant that all we saw was a big funfair. I am delighted to report that we won a dairy milk chocolate in a shooting game – time well spent!

Mall Road – The heartbeat of Mussoorie and home to a lovely looking library which unfortunately the public aren’t able to go into. 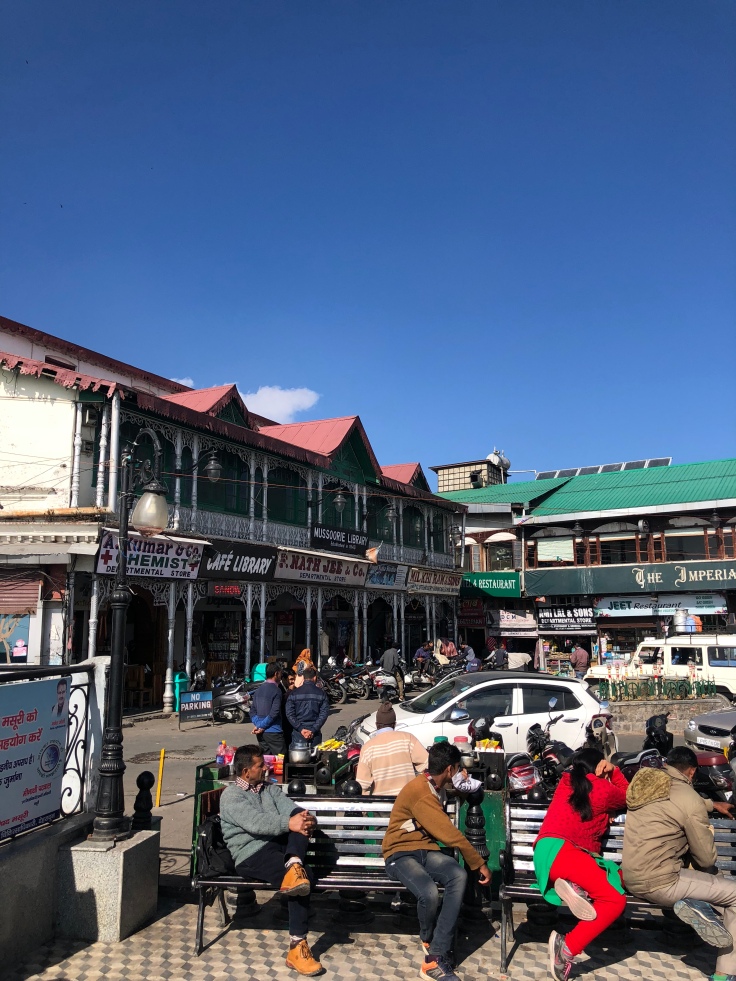 It would be remiss of me not to mention Silsari in this blog. Over the last few decades it has been quite a journey for most British Indians and my family is no exception. I don’t think I had ever truly appreciated the scale of the journey until I visited Silsari – the village where my grandparents used to live and where my aunt was born.

It fulfilled much of what I expected in an Indian village – there were plenty of cows and goats, a single school 40 mins walk away (there is no other way of getting there) and a temple which is the glue of the community.

But being nestled in the Himalayas makes it uniquely beautiful – the drive there is stunning and the half hour walk from the road to the village is even better. The farming areas are terraces carved out by the villagers and the place itself is by far the most peaceful I have been to in India – the gentle ring of a cowbell is the loudest sound heard in the village. 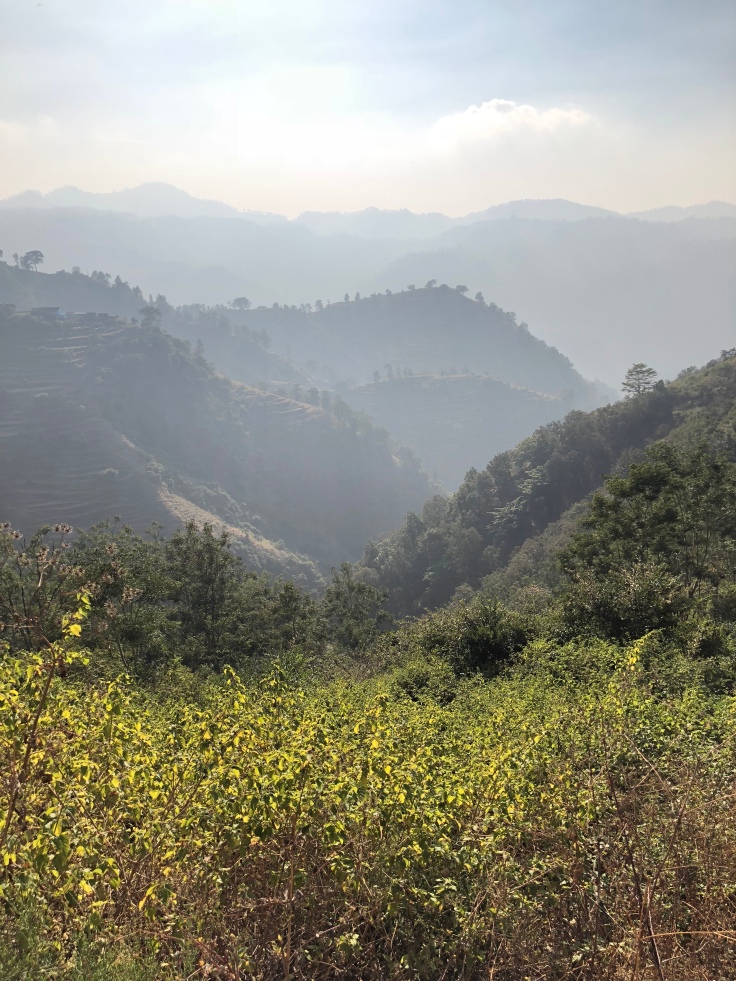 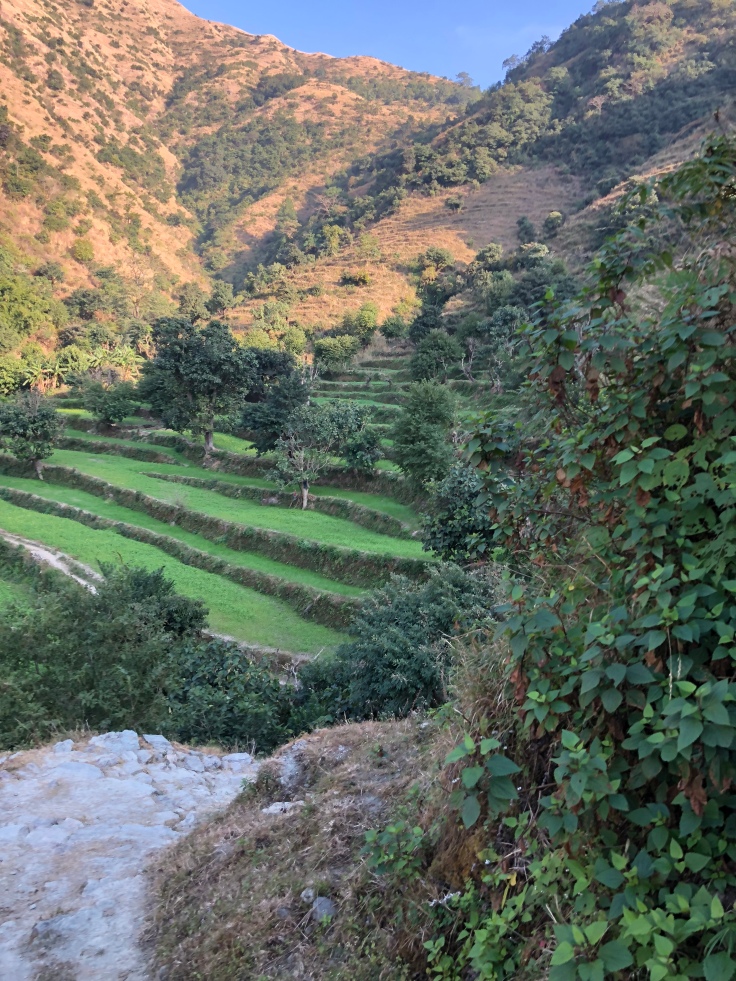 Visiting the old family home (where my grandfather’s brother’s family still live) was emotional and also got me thinking. Had the sands of time taken even a slightly different turn, I could be growing up right here in Silsari perhaps working on the farming terraces and milking the cows. It is remarkable how one decision by an ambitious young man (to move to England) has completely changed the fate of his descendants. Perhaps it’s for the better – I’m not sure my smooth yet brittle hands would do much good on the terraces!

Onwards to the capital and back to urban carnage for the start of our second G Adventures tour from Delhi to Kathmandu!

One thought on “A week in the Garhwal Himalayas!”